A couple of hours ago when #HaloOutpostDiscovery was revealed I was thrilled – even though it would not be coming to Minnesota anytime soon, if ever.  Then something hit me a few minutes ago.  That something was not unlike that feeling in May 2015 when #XboxFanFest was officially announced, which led to me booking my first E3-related trip within hours of finding out – something that was way out of the ordinary for me at the time (and somewhat risky given the uncertain nature of that event).

One of the main reasons I felt compelled to do that was not just because I’ve had a passion for Xbox for 15+ years, but because it was Halo 5’s launch year and I knew it would be one of the stars of the show for E3. I had to be there for that. It was what gave me the courage to do what was a spur-of-the-moment and expensive trip – and it was one of the best decisions of my life.

It is overwhelming to think of everything that came from that decision – and I still think about it almost every day. I met so many amazing people, created a special connection with several of my lifelong heroes in the industry, and gave myself the confidence boost and motivation to better my life every year since. The three E3 articles on this site go into all those life-altering experiences in detail, but right now I am again feeling that raw excitement from all those years ago.

Earlier today, during the first Inside Xbox episode of 2019, a new event that is fully dedicated to Halo, with experiences and events that have never happened before, was announced. Halo: Outpost Discovery will become a reality as of this summer, and it is a dream come true for fans of the franchise.

As of a few minutes ago I have booked my trip to Orlando for the long July 4th weekend – Halo: Outpost Discovery’s first-ever tour stop. This will also be my first time being to Florida – or the south at all! This event will be full of the types of feelings and experiences I’ve lived and worked for these past few years especially, and there is no way I want to look back at my life, or even at the year 2019, and say that I missed out on this.

And to quote Master Chief, “I won’t.”

For more on Halo: Outpost Discovery: 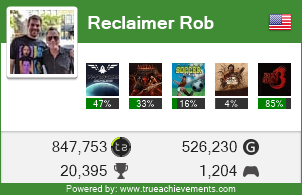